This article discusses the performance of two USB 3.0 Gigabit network adapters connected to the Raspberry Pi 4B. I ran all measurements on Alpine Linux 3.15 and a 5.15.4-0-rpi4 aarch64 kernel. My measurement tool of choice was iperf3. As communication peer, I used a Windows 10 PC.

The first adapter was built by UGreen and is based on the ASIX ax88179 Chip. The second one is based on the RTL8153 chip and was manufactured by CableCreations. (Note: It seems that at the time of this writing, CableCreations stopped using the Realtek Chip for their adapter and resorted to the ax88179 as well)

For conducting the tests, I wanted to apply the same optimizations as I did when testing the built-in Ethernet port. If you haven’t read this article yet, I strongly suggest doing so now.

1. Changing affinity for the hardware receive and send interrupts #

All interrupts for the USB Ethernet controllers, whether receive or send, are routed through the USB controller and hence the xhci_hcd USB driver which does not support changing the CPU affinity of the interrupt:

This means that all USB devices you might attach to your PI, such as other Ethernet adapters, USB memory sticks, SSDs etc., will all share the same interrupt which is always handled by CPU0.

2. Enabling all CPUs for receive and send Packet Steering #

Things look better for Packet Steering, where it is possible to set the CPU affinity for the receive queue to all cores. However, doing the same for the send queue is not supported:

I wanted to find out whether the CPU speed influences the network performance and ran the tests twice: First with a fixed CPU frequency of 1500 Mhz and then with 2000 Mhz.

As described in the Raspberry PI4 network performance article, I have set the PCIe payload size to the maximum supported for this test.

The Windows 10 PC and the Raspberry PI are sending with ten concurrent TCP streams for 65 seconds, with the throughput of the first 5 seconds not being considered for the overall test result. (For details on the iperf command line parameters used for these tests, please check out this article)

This is a photo of the UGREEN adapter I used:

The kernel recognizes the adapter with the following log message:

Running lsusb shows that the device is connected via USB3.0:

The following table shows the results for half and full-duplex as well as for 1500 and 2000 CPU clock frequencies:

Noticeably, in all scenarios, the throughput for the PC sending data to Raspberry PI is much higher than the other way round. It’s also worth mentioning that the IRQ load for CPU 0 is close to 100% during test execution. This screenshot of atop was taken while the PI was sending but not receiving data streams (half-duplex): 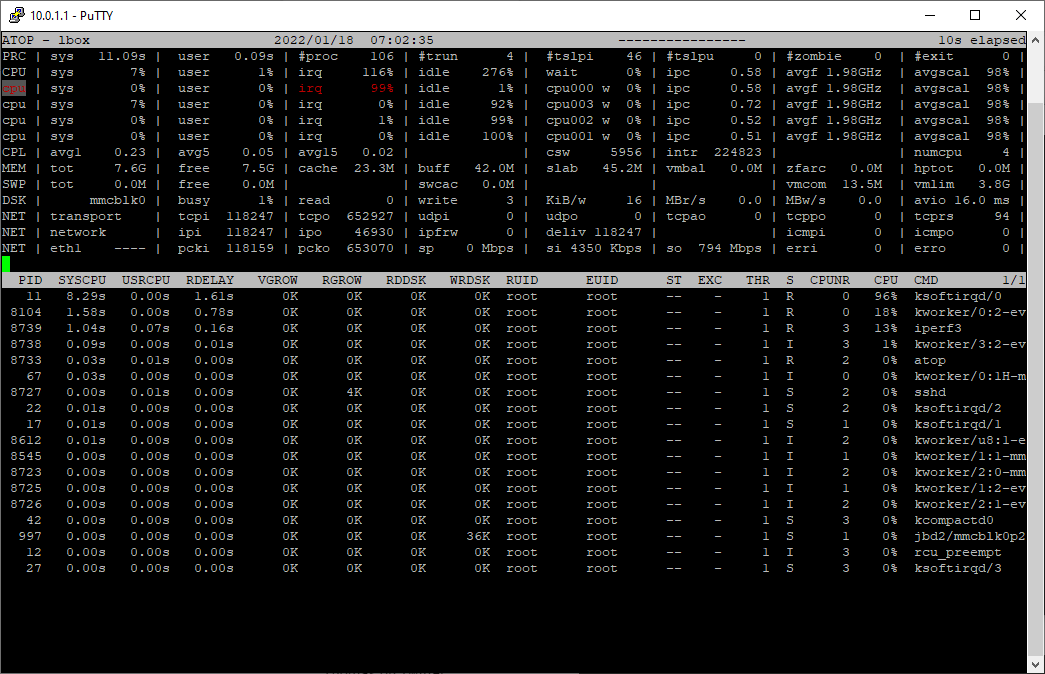 In order, to get a better understanding of the send-performance of the adapter, I also ran the test with the following parameters which throttles the PC send-throughput to approximately 400 Mbit/s:
iperf3.exe -c 10.0.1.1 -P 10 -t 65 -O 5 -b 40mbit

My interpretation of these results is that the ax88179 driver handles IRQs in a suboptimal way. This chip/driver cannot send out packets at maximum line speed, not even in half-duplex. With an overclocked CPU, the send-throughput does not surpass 834 Mbit/s. The situation worsens in the full-duplex scenario when the Raspberry needs to send back acknowledge packets and is likely to cause “chaos” in the entire TCP/IP stack, leading to fluctuations in the test measurements. It is worth mentioning that the adapter is actually able to send out data at 1Gbit/s speed when connected to a Windows machine via USB. So this is probably a Linux specific driver problem here.

The CableCreation adapter based on the RTL8153 chip:

The kernel recognizes the adapter with the following log message:

Running lsusb shows that the device is connected via USB3.0:

It is obvious that the rtl8153a based adapter performs much better than the ax88179 based adapter. When the CPU is overclocked, the adapter is able to reach 1Gbit/s in half-duplex in both directions. Even in full-duplex the throughput is still much better than with the ASIX adapter. It is also remarkable that the interrupt rate in the half-duplex PI send-scenario stays very low: 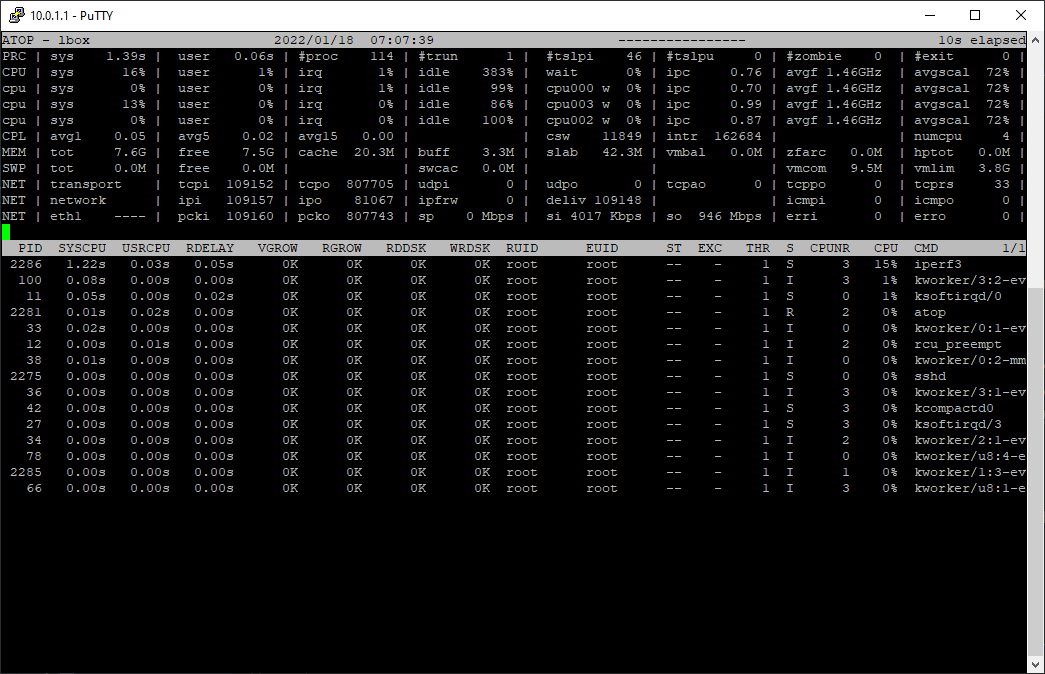 There is no doubt that with the current drivers, the Realtek rtl8153a chip is much better suited to be used with the Raspberry PI4b than the ASIX ax88179 chip.

This text is available under the Creative Commons Attribution-ShareAlike License